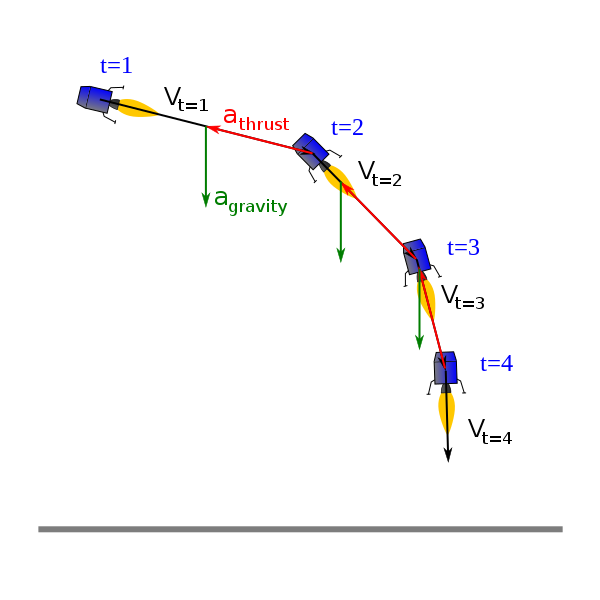 After an aborted run at Rares Trading in Elite Dangerous (idea: pick up rares, go to Fehu, sell them, and then pick up missions there.  Problem: takes many hours to get enough worth selling), I took a look at writing an autopilot in my javascript space game (the part that is not yet Mud-like, but I intend for it to be).

Nice: Javascript has a Math.atan2(y,x) which _possibly_ avoids the x=0 problem that normal Math.atan() solutions do.  (arctangent gets you the angle to something so you know where to point the ship).

However, my code doesn’t work.  My ship very often points AWAY from the target, and applies FULL THRUST FOREVER.  This is NOT how you go somewhere.

There’s another aspect – I’m simulating “keyboard control”, ie, IsThrusting, IsLeft, IsRight.   For the ship to feel responsive when playing the game, need to have good numbers for these.  But with autopilot, there’s a lot of jigger (LRLRLRLR) because it continually overshoots its target.

So, here’s what I have to do for the relatively final solution:

This could be really fun.